Home > News > Industry News > What Should I do if the Tablet Press Has Lobes?

What Should I do if the Tablet Press Has Lobes?

The tablet falls off after being pushed out in the die hole of the tablet press. It refers to the split. The reason for the split is mostly because there are too many fine powders in the granules. When the tablet press is compressed, there is air in the granules, and the speed is relatively high during compression. Fast, the gap between the punch and the die hole is relatively small. The air is not removed from the particles during compression and is enclosed in the sheet. When there is no pressure, the air will expand, which will lead to splits. 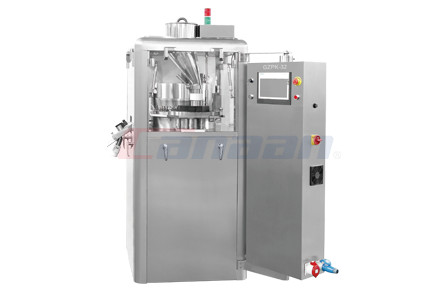 According to the above situation, we should first make a pre-pressing device for the fine powder in the particles, so that the air may escape. However, many situations are unexplainable. The tablet press will crack when the pressure is relatively high. Decreasing the pressure during tableting can prevent the cracks. If the particles are too dry, the cracks will occur, so the water content is also effective. Key role. The reason for the rupture of the tablet press is the improper compression behavior of the granules. The elasticity of the granules is relatively strong, and the elasticity of the compressed tablets is relatively high, and the uneven pressure will also cause it.

Scientifically designed prescriptions can prevent the phenomenon of splitting, how to increase the plasticity of the auxiliary materials, the formability of the particles, and the addition of compressible starch in the process can solve the above problems.

During the compression process of the tablet press, the possibility of splitting when the pressure is reduced is also small, the recovery rate is also small, the compression time is increased, and the plasticity is also increased. This can prevent the phenomenon of splitting, and the water content in the particles can be Shaping the plasticity of the particles improves the pressure distribution and prevents the phenomenon of splitting. You can also add a little lubricant to change the pressure distribution and prevent splitting. Our company also has Tablet Press Machine on sale, welcome to contact us.